Relocating to Titusville in 1994 from his native Boston, Massachusetts, Deputy Chief Todd Hutchinson served as the department’s first full-time Public Information Officer in 2004. He went on to serve as a Sergeant and then a Lieutenant in Patrol, a Major in Administration, and a Commander in Professional Standards.

He has also served as volunteer board member with the Titusville Police Youth Foundation (PAL) for over 14 years, overseeing numerous community initiatives to include the department’s Annual Shop with a Cop and National Night Out events. Todd has volunteered as a coach at the Indian River City Little League, YMCA flag football, Titusville Youth Soccer, and Titusville PAL.

Todd currently serves on the Board of Directors for the City of Titusville’s Police and Fire Pension Board, and on the FBI's J.T.T.F. Executive Board. 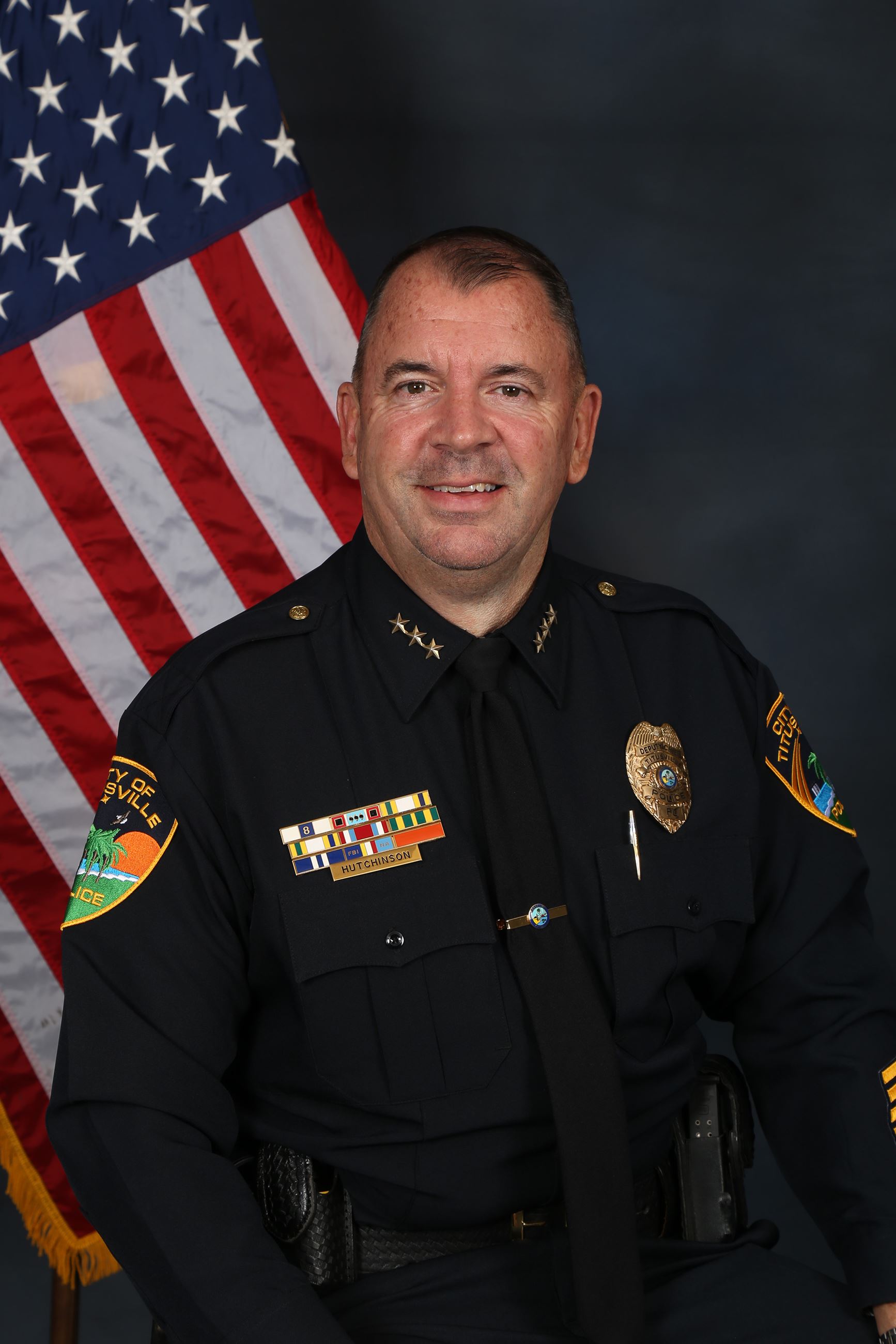